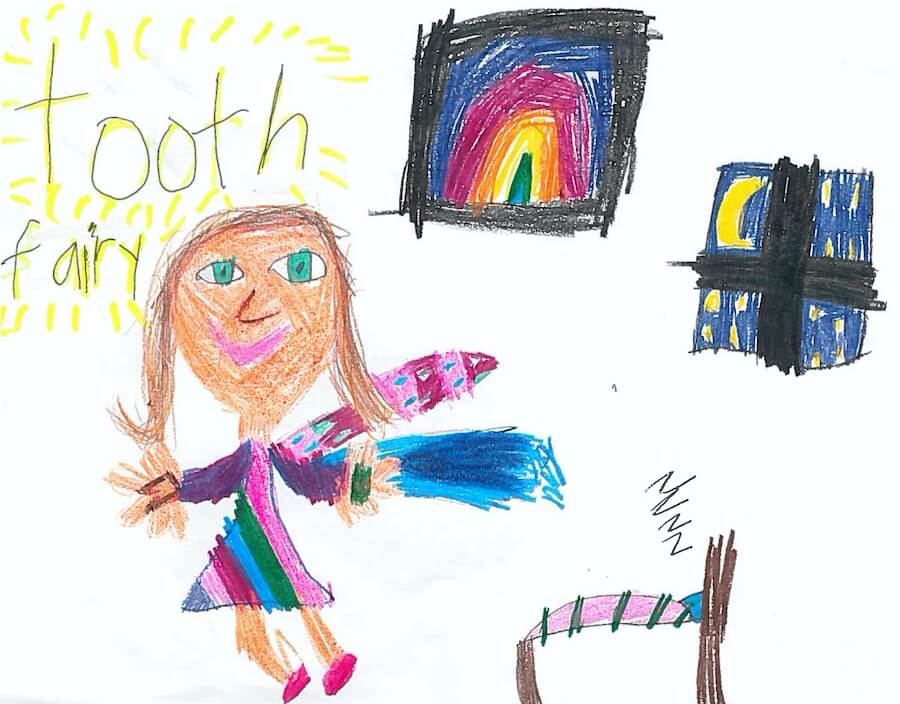 At Amber Hills Dental in Henderson, NV, we are dedicated to providing you with the best oral healthcare. That includes talking to your little ones about losing their teeth and hearing all about their visits from the Tooth Fairy! To celebrate National Tooth Fairy Day on February 28, we talk about the possible origins of the Tooth Fairy in this blog post.

The earliest known evidence of traditions related to losing baby teeth are in Norse and Northern European writings in the Eddas, which is a collection of Medieval Icelandic literary works. According to the Eddas, when a child lost their first tooth they received a tooth fee, also known as a tand-fé. The Vikings would also buy children’s teeth to bring with them into battles because children’s teeth were thought to bring good luck.

During the Middle Ages in England, people believed that burning children’s baby teeth would protect them from hardships in the afterlife. Those who didn’t burn their lost teeth were doomed to search for them after they died for all eternity. Teeth were also burned in the Middle Ages due to a fear that if witches got a hold of the teeth, they would gain complete power over them.

Tooth Traditions Across the World

Many Spanish-speaking countries celebrate a tooth-collecting mouse, who was probably the inspiration for the American Tooth Fairy. He goes by many names, such as Perez the Mouse, Ratoncito Pérez, el Ratón Pérez, el Ratón de los Dientes, and The Tooth Mouse.

In Italy, there is a mouse who takes children’s teeth called Topolino.

He is called La Petite Souris or The Little Mouse in France and Belgium.

In Lowland Scotland, a white fairy rat is believed to buy children’s teeth.

Children in Basque Country, a community in northern Spain, believe in Mari Teilatukoa, or Mary from the roof. She lives upon the rooftop and catches teeth thrown by children.

Modern Tooth Fairy in the USA

The first mention of an American Tooth Fairy in print was in a Chicago Daily Tribune article that described a character who visits children who have lost their tooth, takes the tooth from under their pillow, and leaves them money in its place. Families across the country continue this magical tradition to make losing a baby tooth less scary and more exciting for children!

Schedule Your Child’s Next Checkup!

Whether or not your family believes in the Tooth Fairy, your children can care for their teeth by brushing twice a day for two minutes each time, flossing every day, and visiting Amber Hills Dental for regular checkups and cleanings. Contact our Henderson dental office today to schedule their next appointment.